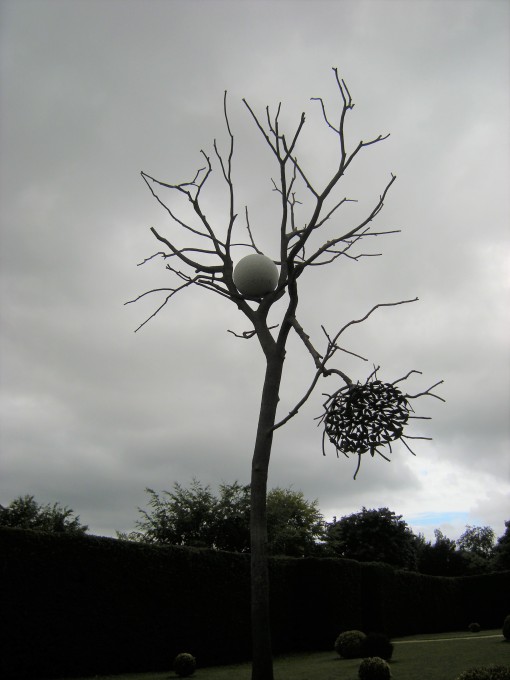 Sculpture by Giuseppe Penone at the Yorkshire Sculpture Park earlier this year.

Until January this year, I hadn’t written prose for over 18 years. Then I agreed to a  writing exchange organised by poet Fay Musselwhite, which involved writing a response to another writer’s work. The writing I chose to reply to was a prose piece about the landscape of the Fens. I produced a poem that wasn’t any good, and a piece of prose, which was better. I reread it a month later and thought it might be good enough to be published somewhere, so I sent it to Brittle Star, with a covering letter almost apologising for sending them prose, rather than some poems (they’ve published my poetry in the past). I only sent that one piece, as I didn’t have anything else. Normally I’d submit 4-6 poems, feeling that it’s only right that the editors should see a range of work from which they can choose, hopefully, the work that best fits their magazine. Happily, Brittle Star accepted that submission; it appears in the forthcoming issue.
Looking back, I’ve identified that piece of writing as a breakthrough for me. I wrote prose because I was responding to prose, certainly, but I think I was also looking for something new. Now I’ve committed myself to a target of 2 pages of writing a day, prose naturally lends itself to that. It’s much harder to do that type of target for poems; they come from a different place for me, a different process. It’s like the sculpture of Giuseppe Penone above. Poems are the words that snag in the branches, whereas prose is the tree – it starts from the solid trunk and spreads out. This is a very subjective definition, I know, but sticking to two pages a day I feel I can follow a branch to its tip, then return to the trunk and follow another branch, and so the writing grows. Another thing I’ve begun to realise is that the short story, as a form, probably won’t hold everything I want to say. So, I’ve had to admit to myself that I’m working on a novel. This isn’t intentional. It’s just sort of crept up on me. However, I’m going to do my best to see it through – so if my posts become a bit more sporadic you know why. In the meantime, the poetry is more or less on hold, although I do have work that was written last year that I’ve sent out and am awaiting a reply. It’s in the hands of those tireless editors of small press magazines who value what’s being written in the margins and keep the word-flame alive. Hats off to them all.